skip to main | skip to sidebar

...if 'everything happens so often that speaking of it makes no sense,' the poet must find ways of representing those happenings so that their actual feel, their texture is re-experienced."
PageBoy quoting Perloff quoting Hejinian quoting.

Posted by Thomas Walton at 10:24 AM No comments: 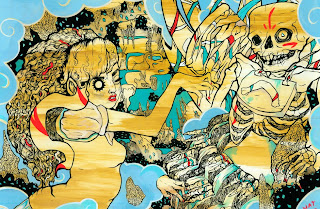 Can I Get Piano Lessons?
Our interview with Natalie Phillips has been reprinted in.Poetry Northwest. Check it out.
Posted by Thomas Walton at 9:21 AM 1 comment:

While doing anthropological "field work" in a remote section of the Brazilian outback, Claude Levi-Strauss handed out sheets of paper and pencils to a tribe of native Brazilians known as the Nambikwara. They had never seen or used paper or pencils before, had never written or drawn "aside from rudimentary decorations - the dots and jagged lines with which they adorned their gourds. After initially ignoring the paper, the Nambikwara began scribbling a series of wavy lines, from left to right across the page. Unprompted, they had begun 'writing.' The leader of the Nambikwara went one step further, requesting a notepad from Levi-Strauss. Quizzed on ethnographic points, he 'wrote' answers in the pad, handing his doodles to Levi-Strauss. When later, during bartering between two different factions of Nambikwara, the leader made a great show of 'reading' the list of exchanges and beneficiaries from a sheet of scribbles.
"Somewhere in those scrawled lines lay meaning, not of the literal kind, but in a metaphorical sense. The Nambikwara had intuitively grasped the power of paper, notebooks, pens and markings in Western culture... The leader's approach had been a pragmatic one, slotting into an alien culture with a certain ritual fluency, trading symbols alongside beads, arrowheads and lengths of cloth. Writing, Levi-Strauss concluded, was first about power, and only afterward used for the purpose of aesthetic or intellectual enlightenment. Far from being mankind's crowning cultural achievement, it had initially been used to create hierarchies between the scribes and the illiterate masses. 'The primary function of written communication,' Levi-Strauss concluded, 'is to facilitate slavery.'"
Posted by Thomas Walton at 9:47 AM 1 comment:

"I see some guys try to transcribe my music on paper, but if you play it like that it will sound corny. That's because they hear notes that I didn't even play. It's there without being there. It's implied. And although people can't really hear it, they feel it. It's an auditory illusion."
- Dizzy Gillespie

How to create an "auditory illusion" in poetry? Double entendre is one way, but that is more concerned with meaning than music. So how to make one word, or a phrase, sound as if it contains other words. Words that aren't there. The equivalent of bending a note in music, or simultaneously playing different notes. To make words sound that aren't even there.
Here is some elevator music to listen to while you figure it out:


All That Is Normal or Possible

indeed, what is
the quantity a crow can hold?
what lawful reasoning
determines the count of caws
their fullness?

sunken, sunglass
sunglassful:
the quantity the glasses hold
of reflection, of light, of eyes
of faces, cheekbones and rooms
of sunflowerful August afternoons

One of These Frogs Is Doin Its Own Thing 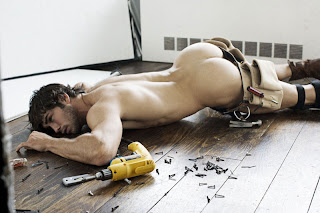 (can you find his frog?)

Frog - A loop fastened to a belt to hold a tool or weapon.

Frog - An ornamental looped braid or cord with a button or knot for fastening the front of a garment.

Frog - A device on intersecting railroad tracks that permits wheels to cross the junction.

Frog - A spiked or perforated device used to support stems in a flower arrangement.
Posted by Thomas Walton at 4:27 PM No comments:

Where You Can Find PageBoy!